We Believe in Nursing. It Drives Us and Inspires Us.

By extending and enhancing the online LPN-to-BSN and RN-to-BSN nursing programs, the Nano Nagle School is working to address the increasing reality that the nursing workforce needs to be cultivated within hospitals and clinic systems. 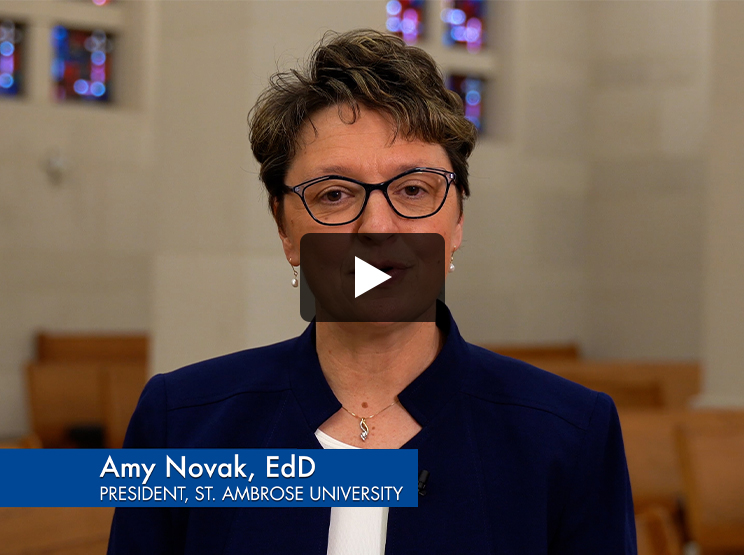 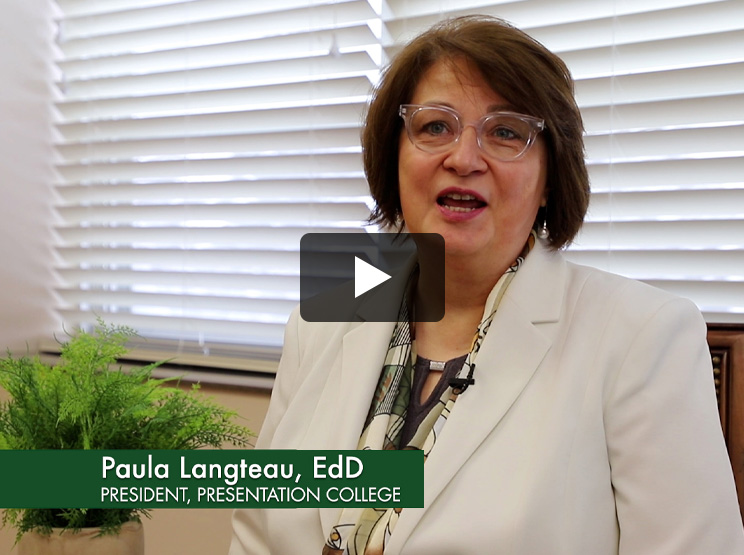 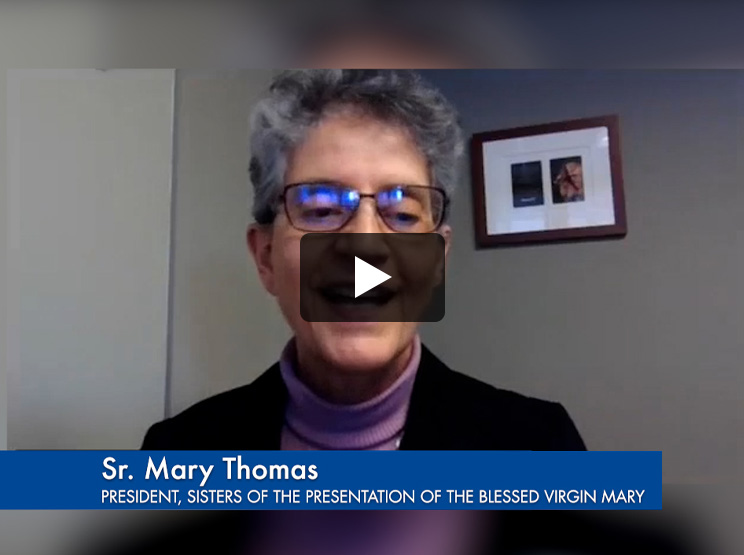 With a goal of building on the established strengths of both institutions, the Nano Nagle School is designed to address the healthcare education needs of communities nationwide, anchored in the liberal arts and Catholic Intellectual Tradition.

SAU and the faculty of the College of Health and Human Services have been working closely with members of the Presentation College community to develop a partnership designed to support your success in the healthcare field.

How Does the Partnership Impact My Plan of Study?

Your degree progression will not change. You will be able to continue your coursework as planned. SAU and PC have been working closely to ensure a smooth integration of the systems that support you and your peers. Any degrees awarded after May 2023 will be from St. Ambrose University.  For specific questions, email presentation@sau.edu for support.

In-Person Advising - St. Ambrose representatives will be available on the Presentation College campus to meet with students individually in the coming weeks.  Check back for more information.

Virtual Office Hours - Nursing students will have access to the following weekly virtual office hours.  Click on the day/time to enter the WebEx virtual office.

If you receive federal financial aid, such as Pell Grant or Direct Loans, add us to your FAFSA to utilize that aid at St. Ambrose University.  Our school code is 001889.

Our financial aid staff is ready to assist you. Contact us at presentation@sau.edu.

What If I Have Questions?

We are excited to talk with you about your goals and plans for your future. Let's start a conversation by contacting us at presentation@sau.edu.

With a goal of continuing the legacy of Presentation College, the Venerable Honora Nano Nagle, and the Sisters of the Presentation of the Blessed Virgin Mary, St. Ambrose University has founded the Nano Nagle Online School of Nursing with a mission of meeting the healthcare education needs of communities nationwide, anchored in the liberal arts and Catholic Intellectual Tradition.

The Nano Nagle School responds to the evolution of the healthcare professional as an adult learner and the need for employers to upskill their workforce.  Students will be able to continue to learn while they earn, creating opportunities for upward economic and social mobility. Through the Nano Nagle School, St. Ambrose University will introduce new ways of learning and respond to the next generation of learners by introducing innovations in the curriculum and instructional delivery.

About the Sisters of the Presentation of the Blessed Virgin Mary

Founded by Nano Nagle in Cork, Ireland in 1775, the Presentation Sisters are a vowed faith community who share the mission of Jesus. As an apostolic congregation, they follow in the footsteps of the apostles by going out and serving where there are unmet needs. Throughout the world, over 2,000 Presentation Sisters proclaim the Good News with missionary zeal. Together, they work for justice and promote human dignity, especially among the poor and marginalized.

Please visit the Sisters of the Presentation of the Blessed Virgin Mary to learn more.

Who Was Nano Nagle?

Born to a wealthy family in Ireland in 1718, Nano Nagle’s parents sent her to France to be educated since strict penal laws barred Catholic children from attending school in Ireland. She returned to Ireland after her father’s death in 1746; her mother died soon after. Prayer and reflection led Nano back to France to become a sister. Even as she began her new life as a sister, Nano’s thoughts often returned to the children of the poor families back in Ireland.

At age 32, she left the convent in France and returned to Ireland, where she secretly gathered the children of the poor and taught them catechism, reading, writing and mathematics. As Nano spent her days with the children, they would tell her of their sick friends or family members. Nano began to visit the sick and the elderly after school, bringing them food, medicine and comfort.

She often made visits late into the night, carrying her lamp among the alleyways. Before long, Nano became known as the Lady of the Lantern.

Nano decided to open a convent where women could share the mission of Jesus through prayer, teaching and care for the sick and needy. Nano and three companions opened the first Presentation Convent in Cork, Ireland, on Christmas Day in 1775. In 1784, at age 65, Nano died.

She left her compelling vision of service to a growing community of Presentation Sisters. Her final words are emblematic of her timeless legacy, and they remain a guiding principle for the Sisters:

“Love one another as you have hitherto done.”

Today, there are over 2,000 Presentation Sisters worldwide, carrying on the Mission of Nano. Her recognition as one of the greatest women of Ireland derives from dedication to the poor and oppressed. Her mission between the cutting edge of the gospel and the miseries of her day inspires the Presentation Sisters to minister in joyful service, responding to current needs throughout the world in faithfulness to the gospel.

The Universal Church recognized Nano on October 31, 2013, as a woman of faith, hope and heroic virtue by declaring her Venerable. Once evidence of an authentic miracle is attributed to Nano’s intercession with God, she acquires the title Blessed. Another miracle initiates canonization and public recognition of Nano as a Saint.

Through an education infused with intentional, holistic compassion and care, we provide students with the abundance of resources and confidence they need to become world-shapers in any and every field.

As one community, we inspire those around us through remarkable acts of service and selflessness, enriching lives wherever and however we can. We seek to better ourselves in order to meaningfully invest in the well-being and growth of our campus, our neighbors, and our world.  Learn more about St. Ambrose University.

Are you ready to take the next step? Click on the visit button below to learn more about our virtual and in-person visit options.